skip to main | skip to sidebar
In Appreciation of Christine Maggiore 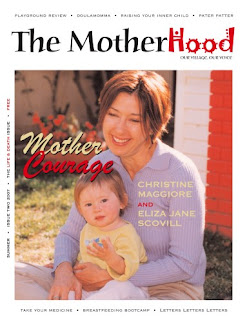 Justice for Eliza Jane (Eliza Jane was Christine's daughter)
Posted by In Appreciate of Christine Maggiore at 8:38 PM No comments:

Requiem for a Loving Mother

Requiem for a Loving Mother
Posted by In Appreciate of Christine Maggiore at 8:34 PM No comments:

Almost one year after her death, a complete pathology and toxicology report is released for the public to examine. Dr. Mohammed Al-Bayati, a Toxicologist and Pathologist with 20 years of experience, conducted the report.

He concludes that Christine died from acute renal failure, not from “AIDS,” as was widely reported.

Those of us who knew Christine were struck by a detail that emerges right up front: She weighed 145 pounds at death. That is a full 25 pounds above her normal weight, which hovered around 120 pounds, and was recorded as such during medical examinations during the last two years of her life. She gained the extra 25 pounds in the last 7-9 days of her life. Why?

The answer is unambiguous: Fluid retention, also known as edema.

“Christine suffered fatal renal failure caused by antibiotics, antiviral, and calcium received during the 9 days prior to her death.” Her body weight at death, he reports, “…indicates that she suffered from fluid retention due to oliguria/anuria caused by renal failure.”

Al-Bayati details how the doses and combinations of drugs Maggiore was on, intravenously, were fatal, and would have been so in 70% of all people, male of female. (From interview conducted with me in early November 2009.)
The combinations she was given, particularly the combination of Rocephin (ceftriaxone) and calcium solution, were contra-indicated in the medical literature as causing renal failure, and many deaths had been recorded as a result.

He cites one study in which 41 individuals suffered acute renal failure after only five days on intravenous acyclovir (which Maggiore was taking.)

Supporters of the HIV/AIDS causation model quite predictably “danced” on Maggiore’s grave when she died, and wasted no time shooting out to the world’s media that the world’s leading AIDS “denialist” had died of AIDS. On her death certificate, curiously, “disseminated herpes,” was listed as the primary cause of death, and it was claimed she had had this condition for “two weeks.” The malevolent site www.aidstruth.org published her death certificate, and rang every gong in their arsenal, despite the curious fact that no complete autopsy or pathology report had been completed then. Defenders of the paradigm also claimed that the family had cremated Christine and there would be no autopsy. On one thread I was accused of knowing this perfectly well and “lying” when I said we were awaiting results. Being venal and utterly wrong is a luxury accorded only to the powers that be. I can only describe these people as ruthless and fanatic. Their hate blinds them, time and again.

We are post-paradigm now, meaning when an HIV doubter dies, it is AIDS, and this “AIDS,” is symbolically bestowed as a punishment for the sin of doubting HIV, of being a “denialist.”

In Maggiore’s case, a record existed of her immune system in the two years before her death. Al-Bayati writes:

“The autopsy, patholgy, and the clinical data and observation described in this report show clearly that Christine did not suffer from any AIDS indicator illness during the 2 years prior to her death or at the time of her death. The gross and microscopic examination of Christine’s lymphoid organs and bone marrow appeared normal.” (Itals mine.)

Al-Bayati reports that Maggiore no longer had pneumonia at the time of her death, and states that the finding of Pneumocystis jiroveci (cariini) in her organs was likely caused by her treatment with corticosteroids, as well as the amount of time that lapsed between her death and her autopsy, (16 days.)

He also writes: “Blood analyses performed during the 2 years prior to Christine’s death revealed that her hematology values, white blood cells, and differential counts were within the normal range,” and, “It has been reported that Christine’s serum was tested positive for HIV with subsequent testing indeterminate in the 1990s. The clinical findings in Christine’s case clearly challenge the clinical and scientific validity of the HIV test, if it is intended as a certain marker of gradual immune demise, which she did not manifest.”

In a telephone interview with Dr. Al-Bayati, I asked him if Christine had herpes, as her cause of death was listed as “disseminated herpes,” on the death certificate. “She did not have herpes,” he said. “At all?” I asked. “None.”

This begs an enormous question: How did “disseminated herpes” wind up on Christine Maggiore’s death certificate?

How did the entire world’s media conclude she had died of “AIDS?”

If we were to find out that there were political pressures exerted upon the MD who signed her death certificate, what would that imply about the solidity of the HIV/AIDS paradigm, or the ethics of the people who govern its reign?

In Appreciate of Christine Maggiore